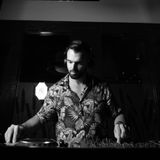 Solidary Sounds showcases the freshest gems from the deepest crates that are just released, pre-released or unreleased. New episodes are uploaded on bi-weekly / monthly basis. The show is curated by Dj Sam Aujan.

Dj Sam Aujan is a well reputed Dj in the underground radio network with main performances in the Bahrain scene. From a Bahraini and Irish mixed background, his extended reach into the world has developed his collection of unique sounds from steady build ups to high energy tension releases. His long time passion has paved way to his involvement in the underground scene with ability to perform at immense intensities.
His dedication to Solidary Sounds provides support and recognition to the deepest underground producers around the globe. His strong platform without a doubt elevates his set sounds and energies onto another level.
To showcase your freshly produced tracks or sets you may get in touch with sam@solidarysounds.com.
Feel free to get in touch.