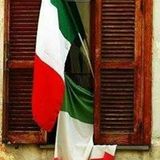 DJ RUBENS, born in the heart of Trastevere in Rome December 16, 1972, his real name is Rubens Michele De Franco.
Son of art, began his musical expression only 8 years old, by himself, performing with live percussion instruments like drums, the hamlets and tribal instruments.
Michele grew up and protected by his grandfather, at age 14, he began to have the first contacts with the way of clubs.
Thanks to the professional and moral support of his grandfather, who gave him his first courses "Technics", so begins his ERA from dj.
Its actual period of employment in the music world began in 1990 when he played in some famous clubs in Rome, until you get to win popular squares, including Ibiza and Riccione, until 1992 when he decided to move to Holland and precisely Amsterdam. There is in contact with known record labels that will launch in the world of international DJs.
Not having an official Italian name, Rubens was one of the first Italian djs to represent his country in well-kno