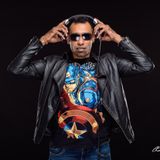 Ruben Pachetty aka DJ Ruben is a DJ producer of electro house music, born in Mauritius, he started mixing since 1999 until now. His djing adventure began in 1999. He became the founding member of the Technokratz band. His first appearance in local clubs began in 2003, since he has made his merry way and he is still an active DJ. He likes to make clubbers dance on his live mix. He plays mainly House and Electro music but he can play all kinds of music from black to electronic music. Step by step he was able to push him forward to become a confirm resident DJ and guest DJ in many local and regional clubs such as Fresh Club, Saxo Night Club, Arena Private Club, AG22, Terrible Zenfant, Mahé. He is also a sound engineer and Dj resident at Radio One Mauritius. He co-host a clubbing show every Saturday from 9pm till 11pm where he invites local and international djs to play live set on Radio.