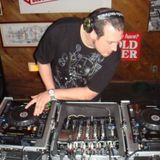 Ron Gabriel grew up with a strong connection with music, having access to his mom's record player and extensive record collection. Music was a constant in his household, being exposed to various musical Genres from Classical, Ethnic Folk, Jazz, Rock, Funk and Soul. He quickly developed an affinity for Electronic music and Hip Hop, by the early mid 90s. He was introduced to House music and Drum & Bass/Jungle, and decided to work with turntables. Starting in House music and working into Drum & Bass, Ron focused on the sounds and genres that truly intrigued to him, mostly deep tech house & Liquid funk Drum and bass. In the past 6 years he's been a guest DJ on Proton Radio's, Darker Shades hosted by Pat Foosheen. placing in Proton radio's top 100. He has been a guest DJ on the Mark Mac The Sounds Collective DHR 104.9 FM. In 2015 he debuted a release "Let it Rain" on Kommunity records, Look for Ron’s future productions. You can follow Ron on https://www.twitch.tv/ronnieg