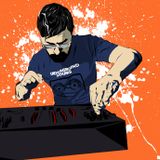 Never miss another
show from rombeads

Bern On Fire
by rombeads

Check This Sound - S01EP08
by RadiomagnyReposted

My Night At Bikini Test
by rombeads

*** BIO / EN ***
While Techno music was babbling its first beats, Rombeads dropped his classical piano class and headed to rock music followed by electronic music. This admirer of Beethoven, NIN and Kraftwerk composed two LPs in 2003 and 2006 that expressed his attraction to melody and rhythm. He crossed the road to a mixing table in 2008 and began to play tunes that made him rock. Mix becomes quickly remix, and he now composes live multifaceted sets that are diabolically efficient! He revisits international techno-punko-dubstepo-bassline productions and adds his beat maker touch. It bangs, it grooves, it bursts, it electrifies, it makes you sweat, move, wriggle your hips and smile!