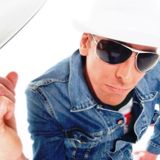 Never miss another
show from ROMANTO 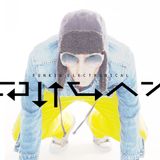 Since 1992 Romanto has been working as a DJ. For that time he developed a very special style of electronic dance music which is placed between Soul, Funk, Hip Hop, Electro and House. Meanwhile he counts to one of the busiest German DJs worldwide. Together with his mate Out Of The Drum a.k.a. Mario Zerfass he started to produce Funkin’ Electronical Beats in 1996. In the same year Romanto and Mario produced their first track “Smilin’ Faces”, released on Kosmomusic. “Smilin’ Faces” became an international dancefloor hit very fast. This success was the reason to keep on working on this level. After that the releases “From Da Backyard” and “Notes From The North” came out on Kosmomusic, followed by their first Album “Agent Style” on the same label in 1998. The enormous success of his productions led to a lot of international interest and enforced Romanto to special gigs like Berlin's E-Werk, the Loveparade, the MTV Air & Style Sunflower Festival and the Rave & Cruise or Frontpage Tour. But t