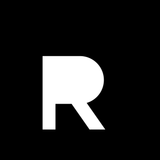 With 20 years experience as disc jockey and 10 years as music producer, Romain Rou is a confirmed electronic music artist.
In south of France, Romain Rou has performed in most of popular nightclubs, either as Dj Set or Live Act under his other nickname: Ocsygen.

After 10 years in Hanoi, he played in every best clubs & bars of the city & also performing alongside several international underground & Top100 Djs.
His music is a travel composed of beautiful melodies & deep bass, filled with emotion.