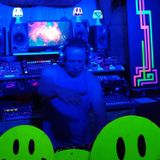 Biografie DJ Rolf Fury DJ Rolf Fury a.k.a. Rolf Scharf started spinning records in 1991 with detroit, techno, acid and went along with the emergence of hardcore, after many years of playing hardcore he decided that he is more into the UK hard house He hit many stages such as The Peppermill (Heerlen), The Fun Factory (Zaandam) , The Pacha (Amsterdam en Dronten) The Trappist (Amsterdam) he worked with many organizations including ID& T and with big names in the dance scene on stage including: Fausto, Danny D, JP, Jean, Erick-E, Dano, Tom Harding and many others. now a days he plays a lot goa and psy with for example misterious and jakaan and many more, but DJ Rolf Furys main scene is underground techno, proggresive, dark techno, and acid. He also organized his own parties under the name Innersence and fractals. Besides spinning he produces dance in the widest sense of the word.