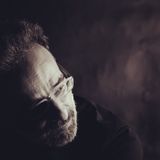 Roby M Rage, DJ & producer from Italy. He reached the TOP 30 of the best producers ranking according Beatport and Beatstats. He touring hundreds of clubs His music are hitting the Top of the charts with releases on somes of the best labels: Diffuse Reality Records, Hydraulix, Dolma,, JOOF, Techburst, Eclipse, DSR Digital, Naked Lunch... Roby M Rage was #1 in the ranking of underground dj’s on Trend Discotec in 1999 and he also reviewed artists for the prestigious British magazine “Dj Mag” in the second half of the 90’s. As a producer he has many collaborations behind him, one of which with the legendary John 00 Fleming and in the February 2018 there is the first release on JOOF Recordings, “The devils gates of heaven”, Top 100 in the Beatport Trance Chart.