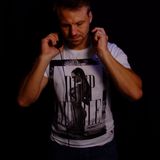 Rob Lambeth’s Career began back in 2002 when he had his first decks aged 18. The dream was to be a DJ and he worked hard to understand music and how to interact with a crowd. Being a bar and nighclub manager it gave Rob the skills to be able to understand the industry from more than one perspective. He first hit the
decks professionally at aged 22 where he was able to entertain customers in the bars and clubs of his local town of Tamworth. His reputation grew rapidly and within a short time was DJing in Nottinghamshire, Walsall, Staffordshire Wolverhampton and Birmingham. With an offering of 6 residencies per week Rob went professional DJing for student nights and major players within the high street both Gay and straight venues.
Rob has a massive passion for all house genres but is a lucrative entertainer and is able to turn his hand to most popular genres. He is a strong microphone user and can use this to generate a great atmosphere although this is not essential.