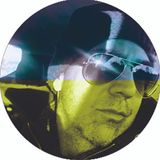 DJ (since 1995 until 2005) Producer (since 2015 until...) • Art director • Graphics design • superior technician in creativity and advertising techniques

Have been playing music some years ago in the best discotheques, clubs and events in Gran Canaria, some clubs in Madrid and Bilbao (Spain), and after having been away from the music world for many years, he returns to the music scene as a producer as well., having signed his first arrangement with Irma Records and GNE music, and he just sign his first contract with Sunexplosion Records. In this moment he regent two channels in Soundcloud and Mixcloud, his B2B space and his Superdeep channel and he just be resident in Live Radio and Easy Groove Radio. He is also superior technician in creativity and advertising techniques and Art Director.