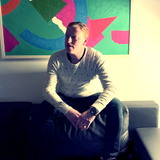 In the early age of 13 Rick Richter got influenced by electronic music what turned out to be the beginnig of a truely satisfying passion and got part of his life. Until May 2007 Rick Richter has spend plenty of time, having private mixing sessions together with friends and playing at a few clubs in and close to Darmstadt and Frankfurt, yet without any perspective for more. Nevertheless there was an important turning point in Rick Richter’s DJ career, as he met Pierre Morgan. Feeling confident about Rick’s understanding of electronic music, a close friendship has been developed and he got Resident of Pierre’s project WILD HOUSE. Rick Richter was pleased to spin records with DJ’s such as SEBBO, DJ Tanith, Andy Düx & Holgi Star. Further bookings in clubs such as the Groove Club (Gelsenkirchen) or at the unique CAVE CLUB in Salzburg followed. 2013 he established together with John Tobi a new project called GoingFurther with own events in the Rhein-Main-area as well as a podcast series.