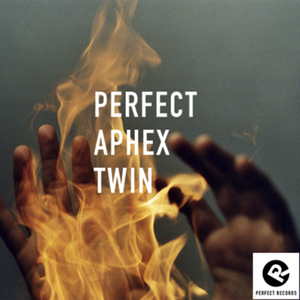 "File under Easy & Seriously Uneasy listening" that’s what DJ Rich-Ears mentioned about his new release to the PerfectSeries. Where he pays tribute to innovators in the electronic music scene. After his earlier releases mixing Coldcut, IrresistibleForce, FourTet, FlyingLotus & now AphexTwin. Underground & influential, RichardD.James has impressed as an innovator in the last 20 (!) years. Rich-Ears shows us why. File under Easy&SeriouslyUneasy listening is the nail on the head. From easy accessible themes to completely insane beats. From laidback rhythms to intense swirling basses. From quiet synth melodies to LoFi digital tracks. From where one track can not be distinguished by the others. Rich-Ears makes a strong & well-composed personal selection where the sum is greater than the parts & where he pays optimal justice to the broad talent of Richard D James. Hard&soft, accessible&inimitable, known&totally innovative! > Erwin Blom

Fantastic compilation. A good way to discover his music.

Rich_Ears! Thank you for this! And yea I'm 38 so about that at least 33 comment lol

ThInk that whoever knows N' likes these tunes must be at least 33.

Nice selection. Reminds me that I wanted to make an Aphex Twin DJ mix one of these days. I should start know :)

Excellent stuff! Gonna have this playing at work tomorrow!