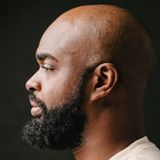 Tarik Moody, a graduate of Howard University in Washington DC, got his first taste of the music industry back in the mid 90's as an intern for a cable access music video show called Sonic Ignition in Washington D.C. He met and talked to artists such as Chuck D from Public Enemy, Republica and Cypress Hill.

He moved to Minneapolis in 1998 and started volunteering at the local non-commercial radio station KFAI-FM in 1999. Eventually he hooked up with DJ Jennifer and became co-host of the station’s long-running show, “Groove Garden.” In 2003, he became one of four hosts for KFAI's “Local Sound Department.”