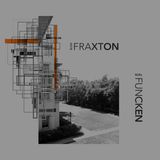 Roel Funcken Based in Weesp, Holland. 2 albums, 6 eps to date, 2 mixes for headphone Commute, a long selection of other live sets and a mix for Igloomag. Labels are his own camp Funcken Industry, Schematic Records, Eat Concrete, aD Noiseam, ShipWrec, Tympanik Audio, Combat Recordings. With his brother Don he has released over 50 albums and eps under various names, the most famous being Funckarma on amyriad of labels, from skam to warp to n5md and beyond. The production end of life for Roel Funcken as a solo artist began in earnest in 2010, with a full length release on ad Noiseam records entitled "Vade". After almost 15 years generating a huge discography of works as Funckarma and various other monikers (with his brother Don), Roel felt it was time to express his own work cohesively. Since that time he has released the full length Vade on Ad Noiseam records, the eps Skinetic Culpture, Fes Bace, Scure and the remix Spletch for Julien Mier. 2012 has a new full length out on schematic tit