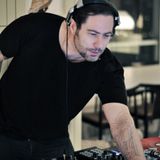 This is the word that could define, in a nutshell, Renato Ratier's career throughout the past years, during which he has devoted his life to music.

Involved since the mid-nineties with the production of large events in the then-uncharted territory of the Brasilian midwest, his role in the region trail-blazed the scene for electronic music, culminating in the creation of a club called D-Edge, a bastion of quality music that laid the foundations for what was yet to come in a national level.

As it is natural for a music lover of his ilk and passion, it didn't take long until the drive to purvey great musical moments evolved into the urge to play and he took DJing as another outlet for his love.

Almost two decades later, Renato's profile rose to the heights reserved to the great names of the game and D-Edge found a place among the strongholds of quality music in a global scale and raised the standards for cutting-edge design.