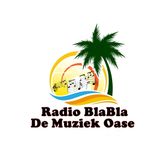 In 1993 i was listening to the radio and i heard pirate stations talking with eachother and playing music that i had never heard before.
From that time on i wanted to have my own pirate radiostation and i started with a 27 MC transmitter. But that was very dull. Then i bought a small fm baby monitor that could cover 1 km distance on FM.
In 1994 I bought a real FM transmitter that wasn't working. I fixed it a bit without any knowledge of it whatsoever. Via this transmitter with 0,5 Watt output i talked with another pirate and he knew someone who builds real good radio transmitters.
So i bought one. I learned to build them myself. So till 2003 i made them myself and my last transmitter had 600 Watts power. My range was the whole Randstad. Rotterdam, Amsterdam in a circle.

On this site you will hear duplex talks on the radio with low power up to 15 watts maximum.
This is what i do on most weekends.