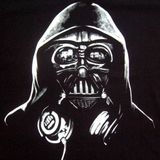 Marshall Jefferson ‎– The House Music Anthem “Move Your Body” was the first records to introduce him to house music and sent him on a journey that continues till this day. Born and raised in New York City, Rek Aviles was influenced by the New York underground sounds spun by veteran DJs like Danny Tenaglia and Victor Calderon. It wasn't until the late-90s at club Twilo (NYC) where he first heard 2 DJs that would define his style. Now looked upon as his unofficial mentor, Carl Cox was the first DJ to truly introduce him to Techno. Followed by another night when he heard John Digweed for the first time. The combination of these two DJs is how he would describe his style if ever asked. Adding to that the underground sound he started with and you have the dark-drum-driven, 4 am vibe that comes across in each set.