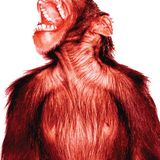 Never miss another
show from RedMonkey

After the end of the imfamous underground club, Chupa!, RedMonkey launched in 1996. It was a sporadically thrown party held in a South Phx bar, Riverbottom Lounge, that featured local house music heroes as well as world renowned djs. RedMonkey was a concept conjured up by local house music souldier, Pete Salaz, who was feeling the need to continue what Chupa! had started; a place where everyone felt comfortable regardless of race, color, or creed, all held together by house music. Of course that is a simplified description...but not my much.

In its current form, RedMonkey saves it all up for one night a year, Thanksgiving Night.

In Arizona, it's considered by many as the biggest house music event of the year!