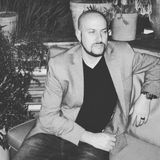 For the better part of over two decades, DJ MisterE has been a rising talent with no ceiling. His tenacity and drive to be on the cutting edge has continued to push him as a pioneer in the DJ community. For the last 10 years, MisterE has invested into and paved the way for a new breed of Video DJ’s. MisterE has deep routes in Hollywood, playing in nearly every club, as well as celebrity parties, sports arenas, and theaters worldwide.
Performing everywhere from the Playboy Mansion to Mega Cruises and top Hotels around the world for the most high profile and financially viable crowd on earth including residency in Times Square for New Years Eve each year. MisterE has won several prestigious DJ awards, including the recent EDM Video DJ of the Year, earning his place among the elite DJ circle. MisterE’s diversity makes him an “All Format DJ and VJ,” cable of mixing and programing sets to any style of music, giving him the edge to work with an eclectic audience on many levels.