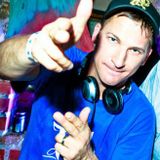 Never miss another
show from RCola

The Rolla mixtape
by RCola

"Canadian junglist RCola has amassed a staggering discography and loyal fans the world over. His multi-faceted experience as a producer, re-mixer and DJ are reinforced by his seemingly instinctive ability to make the best of each vocalist and collaborator."

"Though he traces his inspiration back to the reggae and dub music from the Soundsystems of Jamaica, it is RCola's deep immersion in the up-tempo pace of Drum 'n Bass that continues to inform his patented uplifting Ragga-Jungle production style."

"His early work as Chopstick Dubplate put him on the map with the now infamous JA meets UK sound."

"RCola's full-length album "Rub A Dub Wize" established him as a bona-fide producer in the truest sense; bringing together a variety of artists and sounds to create a modern day fusion project curated by his omniscient hand at the mixing console."