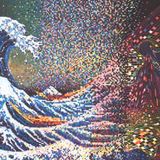 Never miss another
show from rarewavemusic

“The Set Is Greater Than The Sum of The Songs” Rare Wave Music creates eclectic sets, defined as, “an uninterrupted arrangement of songs, mixed such that the set becomes a work in itself.” Much attention is given to themes, musical eras, beat, key, rhythm, and most importantly: relationships. What makes Rare Wave Music unique from a content standpoint is that I feature artists and songs not typically heard on commercial stations. These eclectic sets include many genres of music covering the last four decades: jazz fusion to hard rock; alternative to new age; modern dance to oldies. I was originally inspired by master segue genius John De Witt, creator of “The Young Sound” a format popular in the late sixties that consisted of a series of pre-recorded sets—specially arranged and mixed such that the relationships among the songs were as artistic as the songs themselves. For more information on The Young Sound and Rare Wave Music, visit my website at www.allthatismusic.com