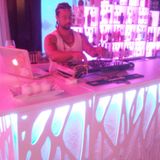 Brazilian nationality. Began his career as a DJ in 2005 in Sao Paulo / Brazil playing some clubs in the city and in 2006 has settled his residence in Spain where he started playing in pubs , when he had the chance to do a test in Pacha Torrevieja and after he got to be resident in the summer of 2007, after the Pacha has played at several clubs around Alicante, festivals (the fires of the beach Calabassi ed. I and II) and events. Two years ago with his friend Lexxx Marky create the event Spirit My Music and Group of Djs BRA55 where Rafael Ribeiro shows his other work where he plays the more underground music (Deep House to Tech House). Currently a resident of Vela Beach Discoteca, the events Exotika ,Good Vibrations (his authorship), Recovery Room, Sonora Warp and Jam Sessions.