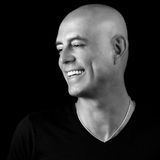 Dj & Producer that hardly needs introduction after more than 30 years on the best cabins inside and outside of the country, under his names Dj Killer and Rafa Alcantara.

Pioneer introducing in the early 90's the Breakbeat sound in his country, belonged to the pioneers event promoters Satisfaxion and Nätural, achieving an unprecedented success. He have shared lineup with many of the great world top DJs at international festivals such as Glastonbury Festival , Glade Festival, Sonar, Creamfields, Goa, Dreambeach, Weekend Beach, Live Dance Festival, Breaknation, Tribal Nation, Flashback or Summer Festival or Winter Festival, to name a few.

Founder of Natural Breaks Records and Negrita Records too, the first record label of House and Techno in Andalusia