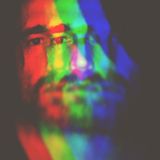 Never miss another
show from Quizzik

Quizzik has been a DJ/producer since 2002, when he got selected for the Red Bull Music Academy. After 9 years of experimental electronic music, theater soundtracks, electro gigs, he engaged in the indiedance duo DeltaFoxx, which released on Electronic Rumors (UK), Epidemic House Music (SWE), Brazilian Disco Club via THUMP/VICE and Crunchy Music (BR) and had support from Les Inrockuptibles (FR), Dancing Astronaut & Impose Mag.

In early 2021 he returned to his electro/IDM roots by remixing fellow brazilian producer ^L_ on a release via Berlin's ANTIME. Then he released "Dodging Bullets 101" - selected by XLR8R to feat on its November roundup playlist - and the 'Simulacrum EP', on the experimental label 6 Plusten Records.

In 2022 he's released "Strong As A Flower That Grows On Concrete" via Braindance News and a remix for Meduna's "Nafiltida".