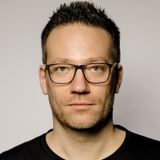 Never miss another
show from Quantor

HeavensGate 637 // Guestmix by Quantor
by Quantor

Quantor's passion is the electronic music and that since he can think. However, the real musical journey started years later by coincidence.
He is supported by various artists and DJ’s like Alex M.O.R.P.H. on his Universal Nation Show, Woody van Eyden, DJ Electric Samurai, Rewind, Stanisha, Sunshine live and many more.

Quantor has played my first DJ gig for the Heavengate Club at Nature One 2017 “We call it home” and released his psytrance single Hero on Alex M.O.R.P.H. very own Label Universal Nation.

In 2018 he can't stand still and won the final decition round of the Bootshaus DJ Contest in Cologne and played a 30 min gig in front of the jury and very energetic audience and plays twice at Nature One 2018.

The sound of Quantor is emotional, sometimes deep and mysterious, with banging kick and bass. He has some new productions and collaborations in the pipeline.