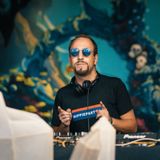 Never miss another
show from Psydrosch

Peter, or otherwise known as „Psydrosch“ has been infected by psytrance music back in 2009. In 2013 Peter started his DJ career playing the first „Psydrosch“ shows in front of public audiences. Only three years later – in 2016 – the psytrance collective „Psychedelic Animals“ was founded.

Year after year Peter dived deeper into the global psytrance scene. Particularly having the opportunity of being a party guest or DJ on some big and special festivals, parties and dance floors around the world (BOOM Festival Portugal, Ozora Festival Hungary, Odyssee Berlin, Paradise Winter Festival Austria, The Experience Festival Thailand, ...) gave him great insight and inspiration for his own musical journey.

Nowadays „Psydrosch“ and „Psychedelic Animals“ are well known names in the Austrian psytrance scene. Peter’s energizing DJ sets make people dance like nobody is watching and have become an integral part on lots of parties and festivals.