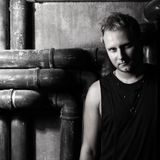 Never miss another
show from Perception of sound

Born in 1984 in a minor city of Nevinnomyssk, Mikhail Korolev and Evgeny Semenchenko had their paths crossed both in the regular school and at the doors of the music college. Same musical tastes eventually led to a collaboration that resulted in several own tracks. Change of residence to Moscow had opened an opportunity to be embraced by the whole diversity of electronic styles and to have a look-see at the legendary musicians, such as Underworld, DJ Tiesto, Faithless, Armin Van Buuren,Richie Hawtin. This exposure itself became the driving force to their talent growth.