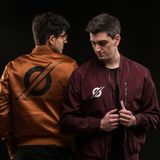 Dj / Producer duo from Italy. Influenced by the progressive house movement of the late 2000's, PØP CULTUR debuted in 2018 with their first release "Tell Me Baby" on Spinnin' Records. After a couple of months they've been asked to remix the European Hit "La Louze" by Shanguy. The remix was a huge success collecting more than one million views on youtube and 300.000 streams on Spotify. In January 2019 the duo debuted on Future House Music with "Constellations" a collaboration track made together with the hungarian duo Metrush. The record has been played by all the biggest international Djs and Radioshows such as: Martin Garrix, Nicky Romero, Sander Van Doorn, Morgan Page, StadiumX, Lucas & Steve and many more!

In 2020 they released "Fusion", a collaboration with the french producer "Siks" on Don Diablo HEXAGON main label.

Other releases include "All of Me" on Protocol Recordings, "On The Dancefloor" on Revealed Recordings and "Get It In" on Future House Music, which has been selected