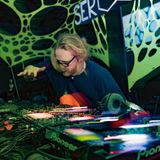 BioAndroid is the Psychedelic project of Ronny aka Spliff from Nürnberg ( Ger ). He likes dark and driving sounds starting at Forest on Darkpsy to Hitech. He starts the project in 2012 after 5 years Psypartys he visited and helped to shape the large part and a part of Psykonia Festival. He also founded his own party series named PsyCosÁctivity and since 2015 Chaotikk Monkey's.