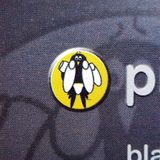 Never miss another
show from pigeonhold_

Afternoon Tea With Fran & Karen - Side A - (MASTERED)
by pigeonhold_

Afternoon Tea With Fran & Karen - Side B - (MASTERED)
by pigeonhold_

Gid & Will b - "for the kids"
by Our Lord Gid AboveReposted

Tapes recorded between roughly 1995 and 2000, from around the time we were starting pigeonhold in London, but were also still part of Normal (once of York but by that point in Edinburgh), and heading up to York for parties as well. And there are some York after party tapes from further back to come as well.

Includes the two surviving recordings of actual pigeonhold nights, plus some after parties, after-after parties, general-purpose sessions, and even a couple of times when we actually recorded music when almost sober and able to see...

The names have not been changed. None of us are innocent :)

These cassettes were digitised and mastered by lovely Tom at www.thesounenproject.co.uk