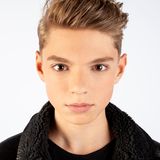 Dutch DJ and producer, Pieter Gabriel is one of the artists to watch in the electronic dance music scene! Experience the fresh energy he brings to the dance floor…Starting off in his hometown Soest, he quickly made a name for himself with his live dj-performance and music productions. At only 8 years old he has made a large impact during the ADE 2013 (Amsterdam Dance Event) with a liveset at the Spinnin Records private party in club Abe. Another milestone year followed when he opened Summer Energy Dance Festival in Amersfoort. This kept not unnoticed by the Dutch Media.

Amsterdam Dance Event featured Pieter Gabriel as the Youngest DJ ever at the world’s largest dance event in 2016 (ADE16). In 2017 Mediamarkt magazine mentioned Pieter Gabriel as the number 4 in the top 5 Upcoming DJ's of the Netherlands. "FOREVER", the first official track release in november 2018, Pieter Gabriel ft FOURCE is out now on Spotify, Apple Music, Google Play, Deezer and YouTube Music.