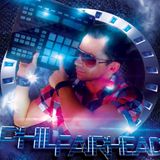 Never miss another
show from philfairhead

Dj / Producer / remixer
Biography
Originally from Ottawa, Ontario, Canada, with almost 10 years of dj experience & a strong up and comer passionate producer, won the Local dj competition in 2007. His style would best be described as deep & tech house or as he likes to call it, deep dark & dirty. Extremely energetic dj with great crowd interaction skills, Phil always knows how to get a party jumping. He has shared the decks with great international talent such as, Sean Miller, D-Unity, Blond:ish, Antoine Clamaran, Etienne Ozborne to name a few. Resident dj of the very successful after hours in Ottawa that goes by the name, BPM nightclub in witch he has owned and operated for many years. Has also played in all the major nightclubs in the Ottawa, Montreal & Toronto area including Circus after hours, Red Lite After hours, Beach Club & The Guvernment. With already over 20 releases & remixes under his belt sense early 2013, his sound varies from tech house, tribal and progressive house.