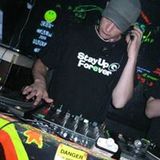 His DJ journey began aged 14, and he soon became an integral part of Cornwall's freeparty crews. As his reputation grew, he started getting bookings across the UK, banging out the techno for rigs including Container Crew, Skunk n Stomp, Swat, Torment, and many more.

He is a regular fixture for London's biggest soundsystems including Manik, E1S, Stinky Pink, and Hackney Sounds. He's also in demand on the airwaves, with guest slots on Mixhit Radio, South London Underground Radio, and Hard Force United.

Filthy Fill is now establishing himself on the festival circuit, on the line-up for multiple stages at Boomtown festival 2015 and 2016, and notching up appearances at Frenchtek