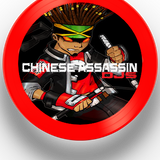 Chinese Assassin Deejays was established back in 2001 but our music careers take us back to a time way before that. It all started in a place called Mona Heights in Kingston Jamaica. It was there some of the popular deejays known today began their music careers. Names such as Bobby Chin (Black Chiney),Dr. Dre (Renaissance Disco), Jazzy T (Renaissance Disco), Oxtail (Formerly of Renaissance Disco) and Master Lee (Code Red) to name a few. We started out experimenting blending the Dance Hall (Reggae) with other genres of music known today as a "Remix".