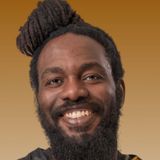 Blessed was born in the small parish of St. Thomas,Jamaica, island of reggae, sun and fun.In 2002, he received critical acclaim for his break-out international urban hit LOVE (African Woman), which earned him a JUNO for Best Reggae Recording. Blessed was nominated for a JUNO in 2003 for SMILE and 2004 for the single Empty Barrels Featuring Kardinal Offshall. He won the JUNO and UMAC award for Best Reggae Recording in 2005 with Reggae Time. He received another Juno nomination in 2007 for Final Road under the Explorer Universal label.He's been nominated 7 times in the Juno's best reggae recording category. His latest single cry every day spent 24 weeks on the Canadian reggae charts and six weeks at number one. Its currently been played on radio stations world wide.