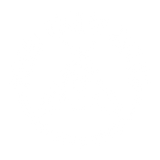 Peeni Walli Crew was founded on Prague's Cross club garden in August 2003. Ripclaw and Mihaal were the founding members, in 2005 selecta Ondreej joined the sound and between 2006-2010 Cocoman was the MC in juggling and clash dances. In 2007 we won the trophy in Bakkle Up - a clash tournament. In 2009, we took part in another big Czech clash Proti Vsem and made it to dub fi dub. In 2010, we won an international Monarchy Cup Soundclash in Budapest. In 2012 we clashed Milion Vibes at Cross Club in Prague and we won the competition. One year later we defeated Selector Boldrik in Prague's Rock Cafe. In 2014 and 2016, our crew grew, welcoming DJ White Rum (now in Leeds), and also Bondy and Captain P (formerly Rasta Pasta Kroo).

During the years we played in Germany, Poland, Slovakia, Austria, Hungary, India, USA and all around Czechia, delivering the variety of reggae music: from ska, rocksteady, roots & dub through rub-a-dub and early digital, up to the latest new roots and dancehall.