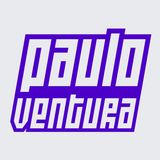 With a unique style, his ravenous tracks can soften your
soul with elegant melodies, seamlessly transporting your body
into a fierce experience of sounds and beats, carefully crafted
and aiming at the most eclectic crowds.
His roots date back to the early 2000's when he started to
create songs in the midst of his high-school years. Initial
influences were the club scene, which consisted mainly of old
school techno, trance and euro dance, and years of watching
MTV in the 90's, which added a rebel metal/rock twist to the mix.
His migration to the rave scene had a major impact on his
music. Creating the project KanuaK and participating in several
others, Paulo Ventura developed a deep relationship with the
dancefloor, carried away by the leading Brazilian underground
electronic music, the Psy-trance. That romance lasted for years
until he moved from Sao Paulo to Washington D.C.
Pressured to adapt, his sound was reshape