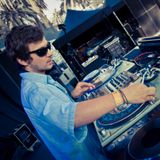 Paul Kersey digs through all eras for the tunes that deserve to be heard. Fusion jazz, vintage r&b, early hip-Hop, old school electro, action soundtracks, library joints... anything with a funky beat or a tight groove.
From the years 2007 to 2013 he hosted an infamous show on Radio Monaco (95.4 FM), in which he focused on the original and inspiring rare grooves. Most of the uploads here are podcast versions of the show archive minus the talking.
Along the years, his open-minded musical endeavors brought him to support acts on stage such as Sharon Jones, Jurassic 5, De La Soul, Wu-Tang Clan and spin alongside LTJ Experience, Levon Vincent, 69db among others.
Paul Kersey is also part of experimental act Trente Oiseaux Familiers (Dataglitch records).
Occasional new uploads may occur...