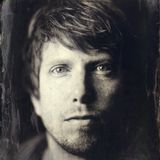 Born in the suburbs of Rotterdam in the early eighties, Paul Hazendonk already developed an excessive interest for music at a young age. After seeing a documentary about one of the early editions of the Mystery Land festival he found his passion and bought his first DJ equipment at age twelve.

After winning various local DJ contests in his teens, he secured his first club gigs by the time he turned eighteen and his first international gigs followed not long after. In his early twenties Paul was a resident DJ at infamous Dutch clubs Las Palmas (Rotterdam) and Asta (The Hague), whilst being a regular gue