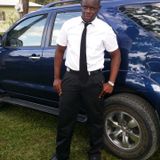 DJ Paparazzi is a young, talented turntable technician, who hails from the bountiful parish of Clarendon, Jamaica; home to some of the Island’s most prominent stars. Having grown up on reggae music, he has always been enticed by its melodic call. Whilst attending primary school, he joined the ranks of a local sound system by the name of ‘Ampex’, as an apprentice in 1996. Artists such as Cocoa Tea and Petro Metro frequently featured here.
After applying his wealth of business acumen to a managerial role at a local sales company, this driven young man made a momentous return to deejaying, conquering the airwaves in the process. He played on stations such as www.jahmyspace.com, www.irieexplosionradio.com, www.bigchunezradio.com, www.supremevibezradio.com and www.reggaeempireradio.com. Perhaps best known for his lengthy stint on www.carifun.com, DJ Paparazzi presented a hugely popular reggae/dancehall show every weeknight here from 8-11pm and a Sunday afte