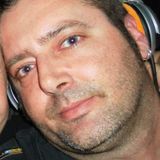 Never miss another
show from PAX

*1970 in Taranto, Puglia, Italy Style: House – Classic – Soulful - Deep House.
Since 1990 DJ
The first 3 years he worked in different clubs in Puglia like Metropolis, Tribeka, Moon Rave,Penthaus,Sausari,Oblo..,
Jamaica beach etc.
He worked as guest-Dj in Rimini 1994 and after he was going to live in Bologna and was engaged at Kinki, Bladerunner,
Link etc.
1997 He moved to Germany in Pforzheim, for an engage, organized by Café..Prag, Ozon and Olive.
At the beginning he was the resident of Café..Prag and later he stayed many times at Ozon.
He was also engaged at Zapata, Stereo lounge and Mango 3 in Stuttgard,ozon,
at Café Dom and dj resident in Café Sensi. Now he have a collaboration with Giulio Mignogna multi instrumentalist and
producer of House Music.