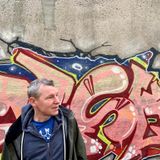 Hailing from the sunny south coast town of Bournemouth, Paddy Thorne has played an active part in the local electronic scene since the early 1990's, both as a DJ and as a live performer.

Aside from DJing, since 2011 Paddy Thorne has also released his own original tunes and remixes through Alien Imprints (Alien Recordings), Loose Connection, Twisted Recordings, Kidology London, Fett Recordings, Base Music, EJ Underground (now Krafted Underground), Dekoded Records, LW Recordings and Slider Trax. He has just been signed to a very well known label (a secret at the moment) and is currently writing his second album.

If you're interested in working with Paddy Thorne you can get in touch directly: music@paddythorne.co.uk.