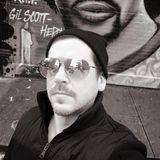 Tomas Joseph cut his teeth collecting 45’s vinyls from the age of six with the help of his mother. Born in New York State near Canada and growing up outside of Chicago during the mid-70’s he was exposed to radio shows that he would secretly listen to under his bedcovers late at night while his parents thought he was asleep. In the 80’s he was quickly influenced by Soul, Disco, Boogie and credits Visual’s ‘The Music’s Got Me’ as the track that forever changed his interpretation of dance music to be later known as House. Tomas later began playing professionally in 1989. He moved to New York City and worked for King Street Sounds / Nite Grooves during the imprint’s formative years and later began his own label Metaphor Recordings. After an over ten year hiatus from DJing he returned while in Barcelona in 2016. His selections include Balearic, Italo, Proto House, Boogie, Disco, Freestyle, Garage, Detroit House, Chicago House, Deep House, UK House, Electro and Deep Techno.