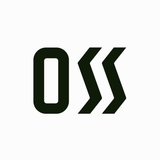 Ortigia Sound System is an Italian mixed-genre music festival happening every summer in the largest island of the Mediterranean sea, Sicily.
More precisely, the festival takes place in Syracuse, an historic city in the southeast of the Sicilian region known for its Greek, Roman and Byzantine influences, recently listed by UNESCO as a World Heritage Site. Among different venues, the festival is mainly based in Ortigia, a picturesque island which is also the historical centre and the heart of the city of Syracuse.
The island of Ortigia just celebrated its 2750 years of history. It is one of the first colonies of Magna Grecia, described by Cicero as “the greatest Greek city and the most beautiful of all”.
Due to the beauty of the host location, the festival can take advantage of different suggestive venues such as: Maniace, Antico Mercato, Marina di Ortigia, Km0 and the boat parties.
The whole location plays a vital role for the festival’s economy as it attracts thousands of tourists ever