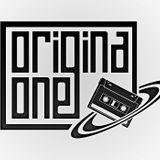 Never miss another
show from Original One

Dedicated lyricist/MC from Hackney, east London. His aim is raising the Hip hop bar in the UK a few more notches musically, lyrically & visually! Original One eats, sleeps and breathes hip hop and through his many years in the game has stayed true to his musical art.

As well as taking care of all of the above projects during recent years, Original One has managed to also extend his acting arm and more recently (and notably), became the stand in/acting ‘double’ for Timbaland during the making of Madonna’s video, ‘4 minutes’ Ft. Justin Timberlake- all this without the need of a fancy record deal!!!