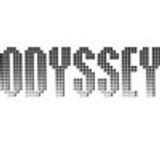 Never miss another
show from odysseypromotions

Collector and player of soul, boogie, disco and house.

Have been DJing for 30 years and have played at some of the most recognized venues across London and the south, including Ministry of Sound, and the Café de Paris; as well as appearing at festivals such as Common People (Southampton); Winchestival (Winchester) and the Formula 1 Ball at Silverstone.

I have also promoted many parties featuring a variety of acts including the Fatback Band; The Artful Dodger, Rose Royce, Roy Ayres and the Reel People.

Check out my soundcloud for edits https://soundcloud.com/odysseypromotions