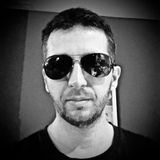 Never miss another
show from nyeste

I have been acting as a DJ since 1996, I started playing at school events with vinyls. :)
I gained experience in several events, weddings, festivals and clubs in Budapest, Hungary.
I was a permanent DJ for many clubs and discos and I played in different style like hip-hop,
house, nu disco, electro swing and mainstream.
I started to use the Serato Scratch Live system with 2 Technics and a mixer right after it was released.
Especially I am playing nu disco and house music nowadays, I am inspired by several talented DJs both international and local.