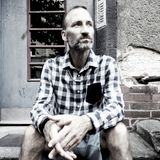 Never miss another
show from Nupacific

Berlin-based Philipp Bruckmeier (aka Nupacific) weaves a collage of drifting deep techno and house. Producing since 1995, as Shortboard, Phil Brökelmann, Philipp and then as Nupacific, he released music on Freerange Records, Loop Recordings, Slices and Curl Curl Music, his own label. As DJ he played at the notorious Bar 25 and Watergate clubs in Berlin, the Robert Johnson club in Offenbach, and places as far away as Australia and New Zealand, where he lived for 10 years - hence the name Nupacific. In 2016 he released his debut album ‘Home’ on Curl Curl. The label is also home to more brooding music from Australian and New Zealand artists and European remixers. The boutique label work reached a lot of ears, including Makossa and Peter Kruder, and Berlin’s DJ Clé who once championed Curl Curl as his “favorite small label”.