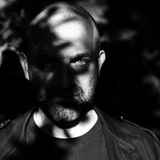 SOUND: Always In State of Emergence or Decay #1
by Nuno Veiga

and the moon above me ~ a Cindytalk tribute
by meistsonnigReposted

Nuno Veiga is an performer, sound artist and arts practitioner from Portugal. Nuno is involved in other music projects as NoiD, Cojones Spirituales and Fuck Popox2.
Graduated in Theatre Studies, he has produced a diverse range of work for the National Theatre in Portugal. Veiga moved to London in 2011, and has since performed and produced sound design for The Young Vic, Soho Theater, London College of Fashion, High Tide, Theater Absolute and the Royal Academy of Dramatic Art. Also worked as a sound designer and consultant for the Edinburgh International Festival. He has also worked as an arts practitioner at Battersea Arts Centre and directing creative projects for adults with learning disabilities.